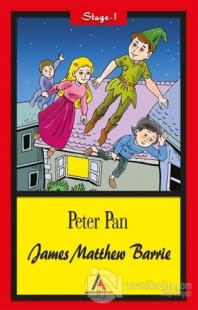 One night Peter is spotted and, while trying to escape, he loses his shadow. On returning to claim it, Peter wakes Marys daughter, Wendy Darling. Wendy succeeds in re-attaching his shadow to him, and Peter learns that she knows lots of bedtime stories. He invites her to Neverland to be a mother to his gang.