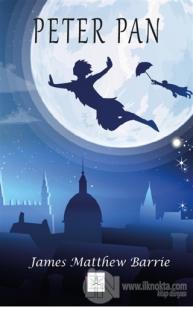 Peter Pan is a fictional character created by Scottish nove­list and playwright J. M. Barrie. A free-spirited and mischievous young boy who can fly and never grows up, Peter Pan spends his never-ending childhood having adventures on the mythical island of Neverland as the leader of the Lost Boys, interacting with fairies, pirates, mermaids, Native Americans, and occasi­onally ordinary children from the world outside Neverland.

Peter Pan has become a cultural icon symbolizing youthful innocence and escapism. In addition to two distinct works by Barrie, The Little White Bird (1902, with chapters 13–18 publis­hed in Peter Pan in Kensington Gardens in 1906), and the West End stage play Peter Pan; or, the Boy Who Wouldn't Grow Up (1904, which expanded into the 1911 novel Peter and Wendy), the character has been featured in a variety of media and mer­chandise, both adapting and expanding on Barrie's works