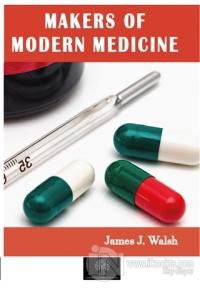 “Our generation, in this no more self-concentrated than many another, has prided itself so much on the progress it has achieved in science that it has in its interest in the insistent present rather neglected the claims of the histor y of science. There has been the feeling that our contemporaries and immediate predecessors have accomplished so much as to put us far beyond the past and its workers, so that it would seem almost a waste of time to rehearse the crude notions with which they occupied themselves. In no one of the sciences is this truer than in medicine. Yet it seems likely that no more chastening influence on the zeal for the novel in science, which so often has led this generation astray, could possibly be exerted than that which will surely follow from adequate knowledge of scientific histor y. In medicine there is no doubt at all that an intimate acquaintance with the work of the great medical men of the past would save many a useless investigation into problems that have already been thoroughly investigated, or at least would help modern workers to begin at a place much farther on in their researches than is often the custom.”