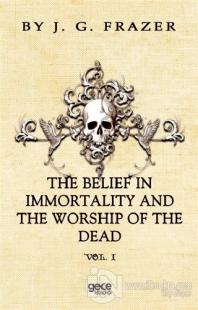 The Belief In Immortality And The Worship Of The DeadVol 1

The Belief In Immortality And The Worship Of The Dead Vol 1
Gece Kitaplığı
56.00

The theme here broached is a vast one, and I hope to pursue it hereafter by describing the belief in immortality and the worship of the dead, as these have been found among the other principal races of the world both in ancient and modern times. Of all the many forms which natural religion has assumed none probably has exerted so deep and far-reaching an influence on human life as the belief in immortality and the worship of the dead; hence an historical survey of this most momentous creed and of the practical consequences which have been deduced from it can hardly fail to be at once instructive and impressive, whether we regard the record with complacency as a noble testimony to the aspiring genius of man, who claims to outlive the sun and the stars, or whether we view it with pity as a melancholy monument of fruitless labour and barren ingenuity expended in prying into that great mystery of which fools profess their knowledge and wise men confess their ignorance.