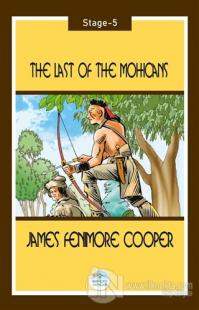 The Last of the Mohicans - Stage 5
James Fenimore Cooper

Chingachgook and Uncas are the last living members of the great Mohican tribe. Hawkeye, a colonial scout, is their companion and loyal friend. In the midst of the French and Indian War, these three will risk everything to lead the two daughters of a British colonel to safety through the battle-torn northern wilderness. When the girls are captured by the vicious Huron tribe, Chingachgook, Uncas, and Hawkeye determine to do whatever they can to save them—no matter the cost.