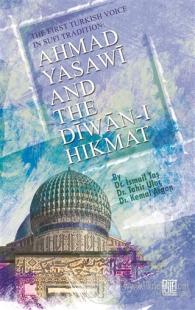 Ahmad Yasawi And The Diwan-ı Hikmat

Ahmad Yasawī and the Yasawī tradition are esteemed ubiquitously by mainstream scholars of Islam, Şūfism and Turkish literature, revered by large numbers of people in the Turkish cultural sphere, and are considered by many to be an important historical aspect of the Turkish spiritual-religious tradition. Ahmad Yasawī is mentioned in passing in brief citations in a few English-language works describing Şūfism in Central Asia and Turkey. More substantial work that specifically represents Ahmad Yasawī and Yasawism in English had been hitherto unpublished, with two notable exceptions: the recent publication in 2006 of an English translation of Mehmed Fuad Köprülü's Early Mystics in Turkish Literature and the more recent translation work by Jonathan and Virve Trapman, “Divine Wisdom (Diwani Hikmet of Hoja Ahmed Yassawi).” While these two notable contributions are important, this book is differentiated in purpose and scope from the two above-referenced works and adds a different contribution to the field.