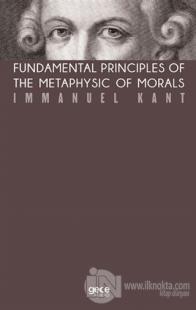 “...Logic cannot have any empirical part; that is, a part in which the universal and necessary laws of thought should rest on grounds taken from experience; otherwise it would not be logic, i.e., a canon for the understanding or the reason, valid for all thought, and capable of demonstration. Natural and moral philosophy, on the contrary, can each have their empirical part, since the former has to determine the laws of nature as an object of experience; the latter the laws of the human will, so far as it is affected by nature: the former, however, being laws according to which everything does happen; the latter, laws according to which everything ought to happen. Ethics, however, must also consider the conditions under which what ought to happen frequently does not....”