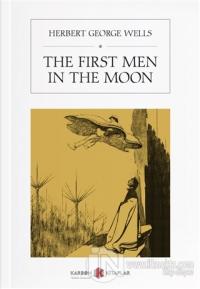 The First Men In The Moon
Herbert George Wells

The First Men In The Moon
Karbon Kitaplar
20.40

The First Men in the Moonby “the father of modern science fiction” H. G. Wells was originally published as a series in The Strand Magazine and later published in hardcover in 1901. The novel tells the story of two men, a destitute businessman and an eccentric scientist, as they set forth on a journey to the Moon. On the lunar surface, they encounter “A Modern Utopia”: an extraterrestrial society formed by creatures they call “Selenites”.