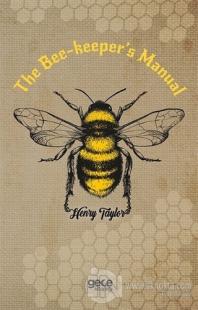 “…Twelve years have elapsed since the original publication of the Bee-keeper's Manual. For the fourth time the author is called upon to revise his little book, and he still thinks that the leading object in offering it to public notice will best be explained in the words with which it was first introduced. “The existence of the following pages had its origin, some time ago, in the request of a friend, that the author would give him a brief practical compendium of the management of Bees, on the humane or depriving system. Similar applications came from other quarters. The subject is one which has of late acquired increased interest; but the hints following would perhaps never have been prepared for the press, had not the hours of a protracted confinement by illness required some diversity of occupation and amusement. On reviewing his experience as an amateur bee-keeper, the author was led to believe that the result of it, added to a concise view of such particulars as are usually spread over a large surface in works of this nature, and arranged according to the progressive order of the seasons, might be useful to others, seeking like himself occasional relaxation from weightier matters in watching over and protecting these interesting and valuable insects. Step by step this or that defect of construction in his Hives had been remedied, and such conveniences added as necessity or the spirit of improvement from time to time had suggested. These are briefly described in the following little work. If it have the good fortune, though in a small degree, to smooth the path (usually a rough and uncertain one) of the apiarian novice,—of removing ignorance and prejudice, or of obviating any portion of the difficulties with which a more general cultivation of bees has to contend,—why may not the contribution of this mite be considered a humble addition to the store of Useful Knowledge?”…”