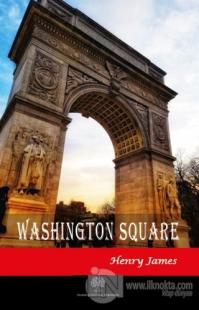 “He learned what he had asked some three or four days ftlater, after Morris Townsend, with his cousin, had called in Washington Square. Mrs. Penniman did not tell her brother, on the drive home, that she had intimated to this agreeable young man, whose name she did not know, that, with her niece, she should be very glad to see him; but she flwas greatly pleased, and even a little flattered, when, late on fta Sunday afternoon, the two gentlemen made their appearance. His coming with Arthur Townsend made it more natural and easy; the latter young man was on the point of becoming connected with the family, and Mrs. Penniman had remarked to Catherine that, as he was going to marry ThMarian, it would be polite in him to call. These events came to pass late in the autumn, and Catherine and her aunt had been sitting together in the closing dusk, by the firelight, in the high back parlour. ”