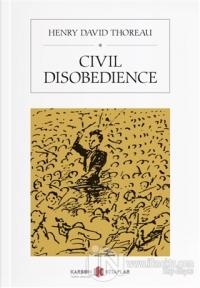 Thoreau'sCivil Disobedienceespouses the need to prioritize one's conscience over the dictates of laws. It criticizes American social institutions and policies, most prominently slavery and the Mexican-American War.

Thoreau begins his essay by arguing that government rarely proves itself useful and that it derives its power from the majority because they are the strongest group, not because they hold the most legitimate viewpoint. He contends that people's first obligation is to do what they believe is right and not to follow the law dictated by the majority. When a government is unjust, people should refuse to follow the law and distance themselves from the government in general.

A person is not obligated to devote his life to eliminating evils from the world, but heisobligated not to participate in such evils. This includes not being a member of an unjust institution (like the government).

Thoreau further argues that the United States fits his criteria for an unjust government, given its support of slavery and its practice of aggressive war.