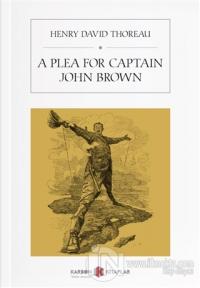 A Plea for Captain John Brownis an essay by Henry David Thoreau. It is based on a speech Thoreau first delivered to an audience at Concord, Massachusetts on October 30, 1859, two weeks after John Brown's raid on Harper's Ferry.
Thoreau's essay espoused John Brown and his fight for abolition. In opposition with popular opinion of the time – Thoreau vehemently refuted the claims ofnewspapersand his fellow countrymen who characterized Brown as foolish and insane – he painted a portrait of a peerless man whose embrace of a cause was unparalleled. Brown's commitment to justice and adherence to theUnited States Constitutionforced him to fight state-sponsored injustice, one he was only affected by in spirit.