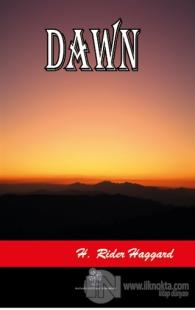 “It was not the ghastly appearance of his mangled and blood-soaked countenance that made Philip recoil so sharply from the sight of his own handiwork--he had fought too often at school to be chicken-hearted about a little bloodshed; and, besides, he knew that his cousin was only knocked about, not really injured--but rather the intense and almost devilish malignity of the expression that hovered on the blurred features and in the half-closed eyes. But no attempt was made by George to translate the look into words, and indeed Philip felt that it was untranslatable. He also felt dimly that the hate and malice with which he was regarded by the individual at his feet was of a more concentrated and enduring character than most men have the power to originate. In the lurid light of that one glance he was able, though he was not very clever, to pierce the darkest recesses of his cousin's heart, and to see his inmost thought, no longer through a veil, but face to face. And what he saw was sufficient to make the blood leave his ruddy cheek, and to fix his eyes into an expression of fear.”