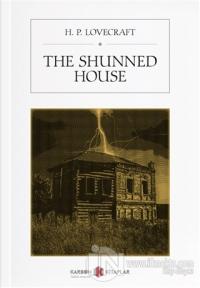 Howard Phillips Lovecraft died last March, at the height of his career. Though only forty-six years of age, he had built up an international reputation by the artistry and impeccable literary craftsmanship of his weird tales; and he was regarded on both sides of the Atlantic as probably the greatest contemporary master of weird fiction. His ability to create and sustain a mood of brooding dread and unnamable horror is nowhere better shown than in the posthumous tale presented here: "The Shunned House."

A posthumous story of immense power, written by a master of weird fiction—a tale of a revolting horror in the cellar of an old house in New England