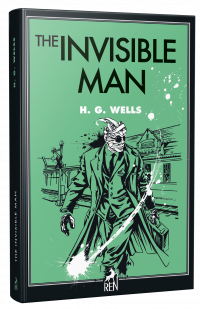 The Invisible Man is one of the most prominent masterpieces of science fiction. It tells the fascinating story of Griffin, a scientist who creates a serum to render himself invisible but fails in his attempt to reverse it. H.G. Wells leads the way in science and literature in this masterpiece, as in his other works and creates an eerie background for his readers.

Being one of H. G. Wells’ most me morable works, The Invisible Man is considered as one of the keystones of science fiction.