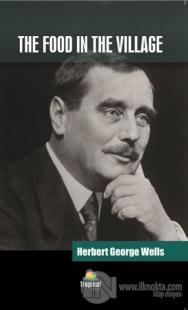 The Food in The Village
H. G. Wells

https://www.ilknokta.com/h-g-wells/the-food-in-the-village-1.htm
The Food in The Village
Tropikal Kitap - Dünya Klasikleri
9.70

Our theme, which began so compactly in Mr. Bensington's study, has already spread and branched, until it points this way and that, and henceforth our whole story is one of dissemination. To follow the Food of the Gods further is to trace the ramifications of a perpetually branching tree; in a little while, in the quarter of a lifetime, the Food had trickled and increased from its first spring in the little farm near Hickleybrow until it had spread, it and the report andshadow of its power,--throughout the world. It spread beyond England very speedily. Soon in America, all over the continent of Europe, in Japan, in Australia, at last all over the world, the thing was working towards its appointed end. Always it worked slowly, by indirect courses and against resistance. It was bigness insurgent. In spite of prejudice, in spite of law and regulation, in spite of all that obstinate conservatism that lies at the base of the formal order of mankind, the Foodof the Gods, once it had been set going, pursued its subtle and invincible progress.