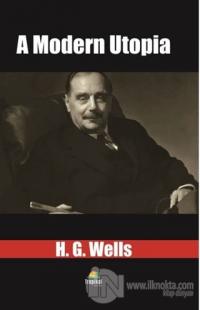 “This book is in all probability the last of a series of writings, of which--disregarding certain earlier disconnected essays--my Anticipations was the beginning. Originally I intended Anticipations to be my sole digression from my art or trade (or what you will) of an imaginative writer. I wrote that book in order to clear up the muddle in my own mind about innumerable social and political questions, questions I could not keep out of my work, which it distressed meto touch upon in a stupid haphazard way, and which no one, so far as I knew, had handled in a manner to satisfy my needs. But Anticipations did not achieve its end. I have a slow constructive hesitating sort of mind, and when I emerged from that undertaking I found I had still most of my questions to state and solve. In Mankind in the Making, therefore, I tried to review the social organisation in a different way, to consider it as an educational process instead of dealing with it as a thing with a future history, and if I made this second book even less satisfactory from a literary standpoint than the former (and this is my opinion), I blundered, I think, more edifyingly—at least from the point of view of my own instruction.”