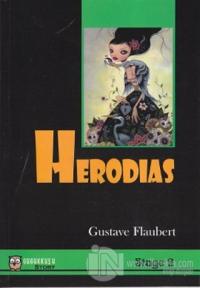 In the eastern side of the Dead Sea rose the citadel peak of basalt, and was surrounded by four deep valleys, one on each side, another in front, and the fourth in the rear. At the base of the citadel, crowding against one another, a group of houses stood within the circle of a wall, whose outlines undulated with the unevenness of the soil.

A zigzag road, cutting through the rocks, joined the city to the fortress. The walls of which were about one hundred and twenty cubits high, having numeros angles and ornamental towers. They stood out like jewels in this crown of stone overhanging an abyss.

Within the high walls stood a palace, adorned with many richly carved arches. Surrounded by a terrace that on one side of the building spread out below a wide balcony made of sycamore wood, upon which tall poles had been erected to support an awning.

One morning, just before sunrise, the tetrarch, Herod, Antipas, came out alone upon the balcony. He leaned against one of the columns and looked about him. The crest of the hill, tops in the valley below the palace were just discernible in the light of the false dawn. Altough their bases, extending to the abyss, they were still plunged in darkness. A light mist floated in the air. Presently it lifted. The shores of the Dead Sea became visible. The sun, rising behind Machaerus, spread a rosy flush over the sky, lighting up the stony shores, the hills.