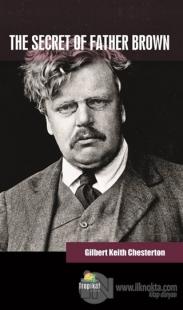 Flambeau, once the most famous criminal in France and later a very private detective in England, had long retired from both professions. Some say a career of crime had left him with too many scruples for a career of detection. Anyhow, after a life of romantic escapes and tricks of evasion, he had ended at what some might consider an appropriate address: in a castle in Spain. The castle, however, was solid though relatively small; and the black vineyard and green stripes of kitchen garden covered a respectable square on the brown hillside. For Flambeau, after all his violent adventures, still possessed what is possessed by so many Latins, what is absent (for instance) in so many Americans, the energy to retire. It can be seen in many a large hotel-proprietor whose one ambition is to be a small peasant. It can be seen in many a French provincial shopkeeper, who pauses at the moment when he might develop into a detestable millionaire and buy a street of shops, to fall back quietly and comfortably on domesticity and dominoes. Flambeau had casually and almost abruptly fallen in love with a Spanish Lady, married and brought up a large family on a Spanish estate, without displaying any apparent desire to stray again beyond its borders. But on one particular morning he was observed by his family to be unusually restless and excited; and he outran the little boys and descended the greater part of the long mountain slope to meet the visitor who was coming across the valley; even when the visitor was still a black dot in the distance.