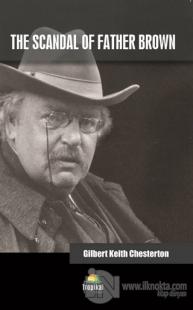 It would not be fair to record the adventures of Father Brown, without admitting that he was once involved in a grave scandal. There still are persons, perhaps even of his own community, who would say that there was a sort of blot upon his name. It happened in a picturesque Mexican road-house of rather loose repute, as appeared later; and to some it seemed that for once the priest had allowed a romantic streak in him, and his sympathy for human weakness, to lead him into loose and unorthodox action. The story in itself was a simple one; and perhaps the whole surprise of it consisted in its simplicity.