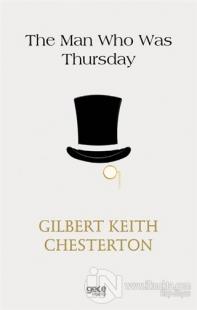 The Man Who Was Thursday
Gilbert Keith Chesterton

“Comrades,” he began, as sharp as a pistol-shot, “our meeting tonight is important, though it need not be long. This branch has always had the honour of electing Thursdays for the Central European Council. We have elected many and splendid Thursdays. We all lament the sad decease of the heroic worker who occupied the post until last week. As you know, his services to the cause were considerable. He organised the great dynamite coup of Brighton which, under happier circumstances, ought to have killed everybody on the pier. As you also know, his death was as self-denying as his life, for he died through his faith in a hygienic mixture of chalk and water as a substitute for milk, which beverage he regarded as barbaric, and as involving cruelty to the cow. Cruelty, or anything approaching to cruelty, revolted him always.