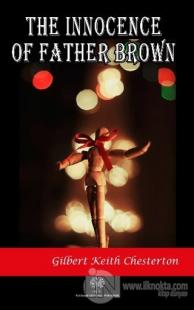 “Among the black and breaking groups in that distance wasone especially black which did not break--a group of two figures clerically clad. Though they seemed as small as insects, Valentin could see that one of them was much smaller than the other. Though the other had a student's stoop and an inconspicuous manner, he could see that the man was well over six feet high. He shut his teeth and went forward, whirling his stick impatiently. By the time he had substantially diminished the distance and magnified the two black figures as in a vast microscope, he had perceived something else; something which startled him, and yet which he had somehow expected. Whoever was the tall priest, there could be no doubt about the identity of the short one. It was his friend of the Harwich train, the stumpy little cure of Essex whom he had warned about his Brown paper parcels. Now, so far as this went, everything fitted in finally and rationally enough.”