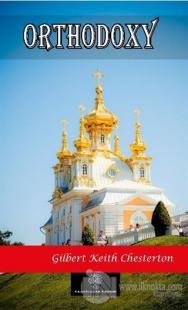 “I have often had a fancy for writing a romance about an English yachtsman who slightly miscalculated his course and discovered England under the impression that it was a new island in the South Seas. I always find, however, that I am either too busy or too lazy to write this fine work, so I may as well give it away for the purposes of philosophical illustration. There will probably be a general impression that the man who landed (armed to the teeth and talking by signs) to plant the

British flag on that barbaric temple which turned out to be the Pavilion at Brighton, felt rather a fool. I am not here concerned to deny that he looked a fool. But if you imagine that he felt a fool, or at any rate that the sense of folly was his sole or his dominant emotion, then you have not studied with sufficient delicacy the rich romantic nature of the hero of this tale. His mistake was really a most enviable mistake; and he knew it, if he was the man I take him for.”