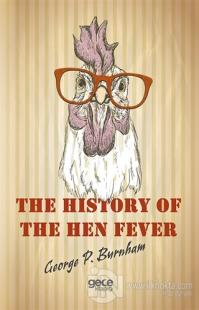 The History of The Hen Fever
George P. Burnham

In preparing the following pages, I have had the opportunity to inform myself pretty accurately regarding the ramifications of the subject upon which I have written herein; and I have endeavored to avoid setting down “aught in malice” in this “History of theHen Fever” in the United States

I have followed this extraordinarymaniafrom its incipient stages to its final death, or itscure, as the reader may elect to term its conclusion. The first symptoms of the fever were exhibited in my own house at Roxbury, Mass., early in the summer of 1849. From that time down to the opening of 1855 (or rather to the winter of 1854), I have been rather intimately connected with the movement, if common report speaks correctly; and I believe I have seen as much of the tricks of this trade as one usually meets with in the course of a single natural life.

Now that the most serious effects of this (for six years) alarming epidemic have passed away from among us, and when “the people” who have been called upon to pay the cost of its support, and for the burial of its victims, can look back upon the scenes that have in that period transpired with a disposition cooled by experience, I have thought that a volume like this might prove acceptable to the hundreds and thousands of those who once “took an interest in the hen trade,”—whomayhave been mortally wounded, or haply who have escaped with only a broken wing; and who will not object to learn how the thing has been done, and “who threw the bricks”!