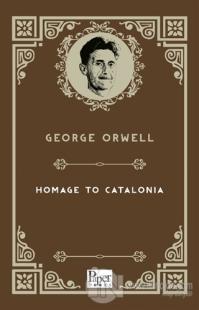 Homage to Catalonia is George Orwell's personal account of his experiences and observations fighting in the Spanish Civil War for the Poum militia of the Republican army.

Covering the period between December 1936 and June 1937, Orwell recounts Catalonia's revolutionary fervor during his training in Barcelona, his boredom on the front lines in Aragon, his involvement in the interfactional May Days conflict back in Barcelona on leave, his getting shot in the throat back on the front lines, and his escape to France after thePoum was declared an illegal organization.

The war was one of the defining events of his political outlook and a significant part of what led him to write in 1946, “Every line of serious work that I have written since 1936 has been written, directly or indirectly, against totalitarianism and for democratic socialism, as I understand it.”