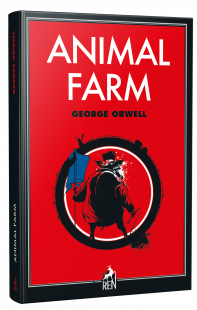 Animal Farm is a political-satirical novel written in a figurative language and has a great impact on society since the time it was first published in 1945. The book tells the story of a group of farm animals who rebel against the farmer and set out to create a new world of justice and equality for themselves. However, the rebellion is betrayed and the animals end up  in a state as bad as it was before.