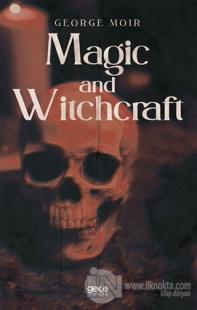 “...This book of the worthy Church-Counsellor is rather a singular one: it is not a history of Magic, but a sort of spiritual periodical, or magazine of infernal science, supported in a great measure by contributions from persons of a ghostly turn of mind, who, although they affect occasionally to write in a Sadducee vein, are many of them half-believers at heart, and would not walk through a churchyard at night, except for a consideration larger than we should like to pay. The field over which it travels is too extensive, for us to attempt to follow the author throughout his elaborate subdivisions. Dante divided hell, like Germany, into circles; and Mr. Horst, adopting something of a similar arrangement, has parcelled out the territory of the Prince of the Air into sundry regular divisions, by which its whole bearings and distances are made plain enough for the use of infant schools. It is only at one of the provinces of the Inferno, however, that we can at present afford to glance; though for those who are inclined to make the grand tour, the Counsellor may be taken as an intelligent travelling companion, well acquainted with the road...”