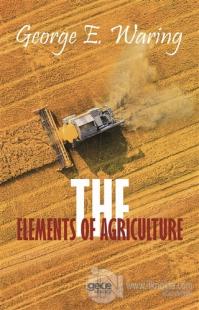 Letter from the Editor of the N. Y. Tribune:

If all who need the information given in yourElements of Agriculturewill confess their ignorance as frankly as I do, and seek to dispel it as promptly and heartily, you will have done a vast amount of good by writing it. * * * * * I have found in every chapter important truths, which I, as a would-be-farmer, needed to know, yet which Idid notknow, or had but a confused and glimmering consciousness of, before I read your lucid and straightforward exposition of the bases of Agriculture as a science. I would not have my son grow up as ignorant of these truths as I did for many times the price of your book; and, I believe, a copy of that book in every family in the Union, would speedily add at least ten per cent. per acre to the aggregate product of our soil, beside doing much to stem and reverse the current which now sets so strongly away from the plow and the scythe toward the counter and the office. Trusting that your labors will be widely regarded and appreciated,
I remain yours truly,