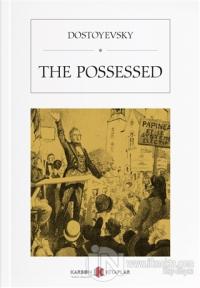 Loosely based on sensational press reports of a Moscow student's murder by fellow revolutionists, The Possessed depicts the destructive chaos caused by outside agitators who move into a provincial town.

The enigmatic Stavrogin dominates the novel. His magnetic personality influences his tutor, the liberal intellectual poseur Stepan Verhovensky, and the teacher's revolutionary son Pyotr, as well as other radicals.Stavrogin is portrayed as a man of strength without direction, capable of goodness and nobility. When Stavrogin loses his faith in God, however, he is seized by brutal desires he does not fully understand.

Widely considered the greatest political novel ever written, The Possessed showcases Dostoevsky's brilliant characterization, amazing insight into the human heart, and crushing criticism of the desire to manipulate the thought and behavior of others.