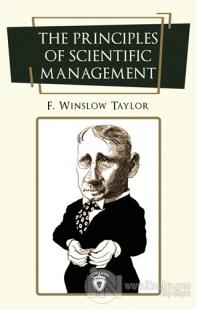 President Roosevelt in his address to the Governors at the White House, prophetically remarked that “The conservation of our national resources is only preliminary to the larger question of national efficiency.”

The whole country at once recognized the importance of conserving our material resources and a large movement has been started which will be effective in accomplishing this object. As yet, however, we have but vaguely appreciated the importance of “the larger question of increasing our national efficiency.”

We can see our forests vanishing, our water-powers going to waste, our soil being carried by floods into the sea; and the end of our coal and our iron is in sight. But our larger wastes of human effort, which go on every day through such of our acts as are blundering, ill-directed, or inefficient, and which Mr. Roosevelt refers to as a, lack of “national efficiency,” are less visible, less tangible, and are but vaguely appreciated.

We can see and feel the waste of material things. Awkward, inefficient, or ill-directed movements of men, however, leave nothing visible or tangible behind them. Their appreciation calls for an act of memory, an effort of the imagination. And for this reason, even though our daily loss from this source is greater than from our waste of material things, the one has stirred us deeply, while the other has moved us but little.