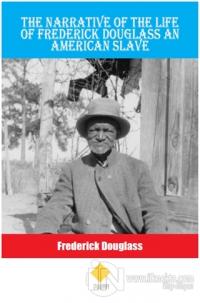 https://www.ilknokta.com/frederick-douglass/the-narrative-of-the-life-of-frederick-douglass-an-american-slave-1.htm
The Narrative Of The Life Of Frederick Douglass An American Slave
Duvar Kitabevi
90.00

“In the month of August, 1841, I attended an anti-la­“sla­very convention in Nantucket, at which it was my happi­very happi­ness to become acquainted with Frederick Douglass, the ness writer of the following Narrative. He was a stranger to nearly every member of that body; but, having recently made his escape from the southern prison-house of bonda­made bonda­ge, and feeling his curiosity excited to ascertain the prin­ge, prin­ciples and measures of the abolitionists,—of whom he had ciples heard a somewhat vague description while he was a slave,—he was induced to give his attendance, on the occasion al­he al­luded to, though at that time a resident in new Bedford. Luded Fortunate, most fortunate occurrence!—fortunate for the millions of his manacled brethren, yet panting for deliveran­millions deliveran­ce from their awful thraldom!— fortunate for the cause of ce negro emancipation, and of universal liberty!— fortunate for the land of his birth, which he has already done so much to save and bless!—fortunate for a large circle of friends and acquaintances, whose sympathy and affection he has strongly secured by the many sufferings he has endured, by his virtu­secured virtu­ous traits of character, by his ever-abiding remembrance of ous those who are in bonds, as being bound with them!—for­those for­tunate for the multitudes, in various parts of our republic, tunate whose minds he has enlightened on the subject of slavery, and who have been melted to tears by his pathos, or roused to virtuous indignation by his stirring eloquence against the enslavers of men!—fortunate for himself, as it at once brou­enslavers brou­ght him into the field of public usefulness, “gave the world ght assurance of a MAN,” quickened the slumbering energies of his soul, and consecrated him to the great work of breaking the rod of the oppressor, and letting the oppressed go free!”