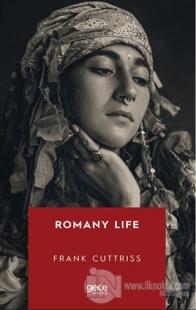 “...The terms “gypsy” and “tramp” are by many considered synonymous. It is not, however, by any means the case, for while gypsies may be, and sometimes are, mistaken for tramps, the genuine professional tramp and the Tachey Romany, or true gypsy, have very little in common. The tramp may perhaps be described as one who is dominated by the early instincts of our race,—instincts which in every one of us are but just below the veneer of civilization,—for we know that in the infancy of the human race man was perforce of a roving, restless and predatory disposition, driven by circumstances to wander in search of food, and, as in the case of plants which have been improved,—civilized, if you will, by cultivation,—there is always the tendency to return to the primitive state, so every civilized man is more or less insistently urged by Nature to disregard the conventions of Society, to live in the open air and to wander...”