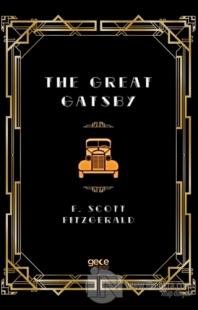 “...Every Friday five crates of oranges and lemons arrived from a fruiterer in New York—every Monday these same oranges and lemons left his back door in a pyramid of pulpless halves. There was a machine in the kitchen which could extract the juice of two hundred oranges in half an hour if a little button was pressed two hundred times by a butler's thumb. At least once a fortnight a corps of caterers came down with several hundred feet of canvas and enough coloured lights to make a Christmas tree of Gatsby's enormous garden. On buffet tables, garnished with glistening hors-d'oeuvre, spiced baked hams crowded against salads of harlequin designs and pastry pigs and turkeys bewitched to a dark gold. In the main hall a bar with a real brass rail was set up, and stocked with gins and liquors and with cordials so long forgotten that most of his female guests were too young to know one from another...”