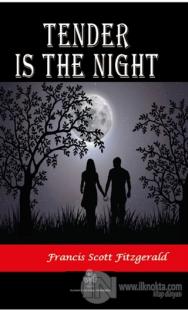 “For a moment now she was beside Dick Diver on the path. Alongside his hard, neat brightness everything faded into the surety that he knew everything. For a year, which was forever, she had had money and a certain celebrity and contact with the celebrated, and these latter had presented themselves merely as powerful enlargements of the people with whom the doctor's widow and her daughter had associated in a hôtel-pension in Paris. Rosemary was a romantic and her career had not provided many satisfactory opportunities on that score. Her mother, with the idea of a career for Rosemary, would not tolerate any such spurious substitutes as the excitations available on all sides, and indeed Rosemary was already beyond that she was In the movies but not at all At them. So when she had seen approval of Dick Diver in her mother's face it meant that he was “the real thing”; it meant permission to go as far as she could.”