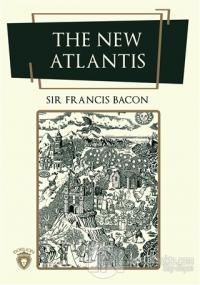 Francis Bacon was born on 22 January 1561 in London. He was the son of Sir Nicholas Bacon, keeper of the great seal for Elizabeth I. Bacon studied at Cambridge University and at Gray's Inn and became a member ofparliament in 1584. However, he was unpopular with Elizabeth, and it was only on the accession of James I in 1603 that Bacon's career began to prosper. Knighted that year, he was appointed to a succession of posts culminating, like his father, with keeper of the great seal.
However, Bacon's real interests lay in Science. Mııch of the Science of the period was based on the work of the ancient Greek philosopher Aristotle. While many Aristotelian ideas, such as the position of the earth at the centre of the universe, had been overturned, his methodology was stili being used. This held that scientific truth coııld be reached by way of authoritative argument: if suffidentiy clever men discussed a subject long enough, the truth would eventually be discovered. Bacon challenged this, arguing that truth required evidence from the real world. He published his ideas, initially in 'Novum Organımı' (1620), an account of the correct method of acquiring natııral knmvledge.
Bacon'spolitical ascent also continued. In 1618 he was appointed lord chancellor, the most powetful position in England, and in 1621 he was created viscount St Albans. Shortly afterwards, he was charged by parliament with accepting bribes, which he admitted. He was fined and imprisoned and then banished from coıırt. Although the king laterpardoned him, this was the end of Bacon's public life. He retired to his home at Gorhambury in Hertfordshire, vvhere he continued to write. He died in London on 9 April 1626.