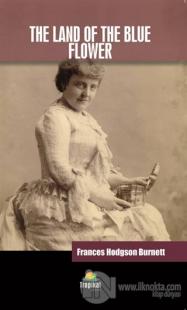 The Land Of The Blue Flower
Frances Hodgson Burnett

The Land of the Blue Flower was not called by that name until the tall, strong, beautiful King Amor came down from his castle on the mountain crag and began to reign. Before that time it was called King Mordreth's Land, and as the first King Mordreth had been a fierce and cruel king this seemed a gloomy name.