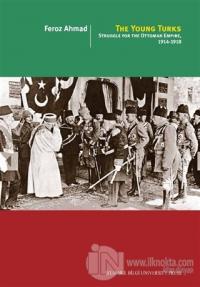 The Unionists hoped to do so by avoiding any further wars and ending their isolation by forming an alliance with the Triple Entente composed of England, France and Russia. When they were turndown by the Entente powers, they turned to Germany. Berlin finally signed the alliance after the war had begun in Europe in August. Germany's reason was ideological: the Ottoman Sultan-Caliph could broaden the war by declaring jihad or “holy war” against the Entente powers, causing Muslims to rebel in British India and Egypt, French North Africa, and the Russian Caucasus.

Though the Ottomans were allied with Germany, they believed that the alliance did not commit them to enter the war. But their treasury was empty and the economic situation precarious. Only Germany was willing to give loans, but only on the condition they enter the war. Istanbul was forced to submit and entered the war after the Black Sea incident when Ottoman ships –led by a German admiral– bombarded Russia's ports on 29 October and the Entente declared war on the Ottomans in November. Istanbul declared jihad on the 11th and that turned a European war into a world war, thus extending it by perhaps three years.

This book is a study of the Young Turks and their struggle to save the Ottoman Empire during the Great War of 1914-1918. It is the sequel to The Young Turks the Committee of Union and Progress in Turkish Politics, 1908-1914.