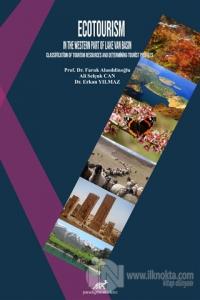 Ecotourism In The Western Part Of Lake Van Basın

This study can be seen as collecting data and taking picture from various angles of areas that will be opened to tourism and that are the starting point of tourism in this meaning. Before all else, it is an ecotourism research and study area has not been the scene of mass tourism activities yet. However, it is possible to witness many values that are accepted by tourists and can be promoted. Hence this research is necessary for both tourism decision makers and planners in a research area that ecotourism and culture tourism may be developed together.

The research encompassing western part of Lake Van basin includes several stages. Based completely an area researh, the project has started with preliminary preparation stage, continued with area researches, and completed with a written report. Preliminary preparation stage includes control list that has been implemented in the research area, survey questions for domestic and foreign tourists, and digital maps prepared for information to be processed.

Control list has been evaluated under four headings as attraction level, accessibility, infrastructure, and environmental degradation. Lists have been filled in all attraction areas by processing areas information to control list. Besides, in the preliminary preparation stage, the survey questionnaires have been prepared for both domestic and foreign tourists and implemented through the research period. During study period, research area has been defined by taking into account of Geographical Positioning System (GPS) and processed to prepare digital maps. As a result of this, attraction areas have been related to information of areas by taking into consideration of natural geography features and sensitivity maps have been formed.