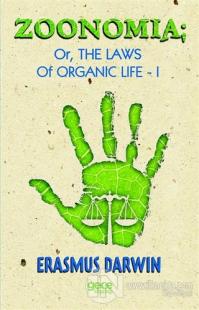 Zoomania - Or, The Life Of Organic Life 1
Erasmus Darwin

The purport of the following pages is an endeavour to reduce the facts belonging to animal life into classes, orders, genera, and species; and, by comparing them with each other, to unravel the theory of diseases. It happened, perhaps unfortunately for the inquirers into the knowledge of diseases, that other sciences had received improvement previous to their own; whence, instead of comparing the properties belonging to animated nature with each other, they, idly ingenious, busied themselves in attempting to explain the laws of life by those of mechanism and chemistry; they considered the body as an hydraulic machine, and the fluids as passing through a series of chemical changes, forgetting that animation was its essential characteristic.

The great Creator of all things has infinitely diversified the works of his hands, but has at the same time stamped a certain similitude on the features of nature, that demonstrates to us, thatthe whole is one family of one parent. On this similitude is founded all rational analogy; which, so long as it is concerned in comparing the essential properties of bodies, leads us to many and important discoveries; but when with licentious activity it links together objects, otherwise discordant, by some fanciful similitude; it may indeed collect ornaments for wit and poetry, but philosophy and truth recoil from its combinations.

The want of a theory, deduced from such strict analogy, to conduct the practice of medicine is lamented by its professors; for, as a great number of unconnected facts are difficult to be acquired, and to be reasoned from, the art of medicine is in many instances less efficacious under the direction of its wisest practitioners; and by that busy crowd, who either boldly wade in darkness, or are led into endless error by the glare of false theory, it is daily practised to the destruction of thousands; add to this the unceasing injury which accrues to the public by the perpetual advertisements of pretended nostrums; the minds of the indolent become superstitiously fearful of diseases, which they do not labour under; and thus become the daily prey of some crafty empyric.