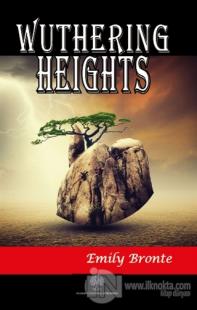 “One stop brought us into the family sitting-room, without any introductory lobby or passage: they call it here „the house' pre-eminently. It includes kitchen and parlour, generally; but I believe at Wuthering Heights the kitchen is forced to retreat altogether into another quarter: at least I distinguished a chatter of tongues, and a clatter of culinary utensils, deep within; and I observed no signs of roasting, boiling, or baking, about the huge fireplace; nor any glitter of copper saucepans and tin cullenders on the walls. One end, indeed, reflected splendidly both light and heat from ranks of immense pewter dishes, interspersed with silver jugs and tankards, towering row after row, on a vast oak dresser, to the very roof. The latter had never been under-drawn: its entire anatomy lay bare to an inquiring eye, except where a frame of wood laden with oatcakes and clusters of legs of beef, mutton, and ham, concealed it. Above the chimney were sundry villainous old guns, and a couple of horse-pistols: and, by way of ornament, three gaudily-painted canisters disposed along its ledge.”