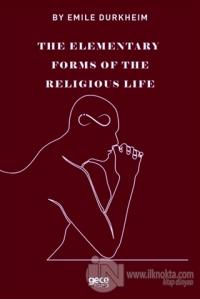 The Elemenraty Forms Of The Religious Life
Emile Durkheim

In this book we propose to study the most primitive and simple religion which is actually known, to make an analysis of it, and to attempt an explanation of it. A religious system may be said to be the most primitive which we can observe when it fulfils the two following conditions: in the first place, when it is found in a society whose organization is surpassed by no others in simplicity;[1] and secondly, when it is possible to explain it without making use of any element borrowed from a previous religion.