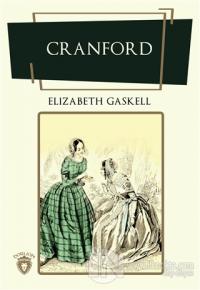 Elizabeth Stevenson was born in London on 29 September 1810, the daughter of a Unitarian minister. After her mother's early death, she was raised by an aunt who lived in Knutsford in Cheshire. In 1832, she married William Gaskell, also a Unitarian minister, and they settled in the industrial city of Manchester. Motherhood and the obligations of a minister's wife kept her busy. However, the death of her only son inspired her to write her first novel, 'Mary Barton', which was published anonymously in 1848. It was an immediate success, winning the praise of Charles Dickens and Thomas Carlyle.

Dickens invited her to contribute to his magazine, 'Household Words', where her next major work, 'Cranford', appeared in 1853. 'North and South' was published the following year. Gaskell's work brought her many friends, including the novelist Charlotte Bronte. When Charlotte died in 1855, her father, Patrick Bronte, asked Gaskell to write her biography. The 'Life of Charlotte Bronte' (1857) was written with admiration and covered a huge quantity of firsthand material with great narrative skill.