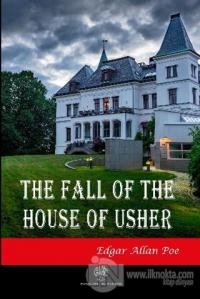 The Fall of the House of Usher
Edgar Allan Poe

The Fall of the House of Usher
Platanus Publishing
24.00

“It was this deficiency, I considered, while running over in thought the perfect keeping of the character of the premises with the accredited character of the people, and while speculating upon the possible influence which the one, in the long lapse of centuries, might have exercised upon the other--it was this deficiency, perhaps, of collateral issue, and the consequent undeviating transmission, from sire to son, of the patrimony with the name, which had, at length, so identified the two as to merge the original title of the estate in the quaint and equivocal appellation of the “House of Usher” an appellation which seemed to include, in the minds of the peasantry who used it, both the family and the family mansion. I have said that the sole effect of my somewhat childish experiment--that of looking down within the tarn--had been to deepen the first singular impression. There can be no doubt that the consciousness of the rapid increase of my supersition for why should I not so term it? served mainly to accelerate the increase itself.”