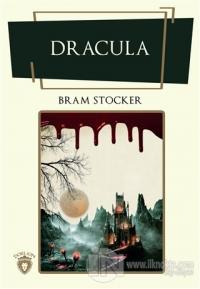 Abraham 'Bram' Stoker was bom 8 November 1847 in Dublin, Ireland to a civil servant father and charity worker and writer mother. He was a sickly child and spent lots of time in bed being told horror stories by his mother.

He entered Trinity College Dublin in 1864 and while he studied he also worked as a civil servant, turning his hand to journalism and drama criticism on a part-time basis.

A fan of the romantic movement in literature, Stoker corresponded with Walt Whitman and was a friend of Oscar Wilde. A dull life in civil service provided the inspiration necessary to produce such master works as the classic horror tale 'Dracula' (1897) and numerous collections of horror short stories.In 1876 he met the famous actor Henry Irving and they soon became friends. Shortly after that Stoker met and fell in love with actress Florence Balcombe. Against his family's wishes, in 1878, Stoker moved to London and took a position as actor-manager with Henry Irving's Lyceum Theatre. On 4 December that year, he married Florence and the couple had their only son Noel in 1879.

Stoker wrote his first book of fiction 'Under the Sunset' which was published in 1881 and despite Dracula being his best-known work, he wrote 18 books during his life.

He continued to write until his death in 1912 at the age of 64 due to exhaustion. After his death, his widow had the short story collection 'Dracula's Guest and other Weird Stories' published in 1914.

The first adaption of Dracula occurred in 1922 named 'Nosferatu', which led Florence to sue the filmmakers as they had not obtained her permission. The first official film adaption of Stoker's most famous novel came a decade later with Bela Lugosi playing the vampire.

A modern day adaptation of the novel was made in 1992 starring Gary Oldman as Dracula, Winona Ryder as Mina Murray, Sir Anthony Hopkins, Keanu Reeves and Richard E Grant.