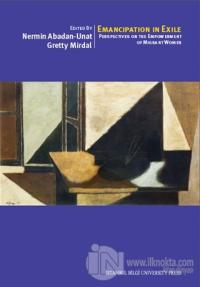 Whereas labour migration had primarily been a male phenomenon throughouthistory, large numbers of women began to migrate from the South in order to findwork in the North of Europe in the 1970's. In the case of Turkey, women of ruralor small town background who had never been employed, who were mentallyunprepared, and to some degree unwilling to leave their homes, were suddenlyurged by their mail relatives to take up industrial or service jobs in foreign countries.By 1974 there were almost three times as many Turkish women working in Germanycompared to the number of women in Turkish industry. At that time, Professor Nermin Abadan Unat raised a question on the potentialinfluence that this migration could have on the emancipation orpseudoemancipation–of these women who were leaving Turkey to become industrialworkers abroad. Four decades later, this volume analyses how social, political and religious changesin the home and host countries of the immigrant women, influenced the predictedprocesses of change. Has there been a significant increase in individual autonomy,self-determination and gender equality? Or has a hasty modernization created a falseclimate of liberation or “pseudo-emancipation”, without significantly increasing selfdeterminationand independence? How has the very concepts of “emancipation” and“migration” evolved in the meantime? How do the women themselves perceive theirown situation?

Nineteen experts in social science, and migration and gender studies havecontributed to this study of the processes of emancipation and the pathways toempowerment of women who thought they were leaving temporarily but ended upspending their lives in exile.