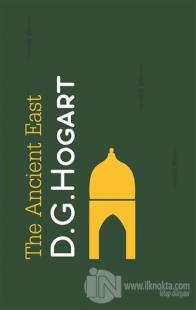 D.G. Hogarth was a British archaeologist and scholar From1909 until his death in 1927, he was the keeper of theAshmolean Museum in Oxford and was one of the effectivenames who had worked with T.E. Lawrence as a part of thefamous 'Arap Plan' during The First World War.The Ancient East, published in 1914, throws light on theforgotten civilizations of Asia Minor. In this overview of theAncient East from the 2nd millennium B.C., Hogarthdescribes this geographical area in five regions: Asia Minor,Armenia and Mesopotamia, Iran, Syria and the south of theArabia Peninsule.