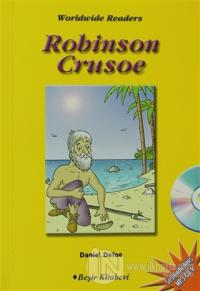 Worldwide Readers Series List Level 6 Persuasion Wuthering Heights The Professor Robinson Crusoe Juurney To The Centre Of The Earth Friday moved back running and he began to yell loudly. "Master, Master! Frightful! Very terrible, the cannibals!" "What's up Friday?" I asked. "There...there, one, two, three canoe!" "Well, Friday, you shouldn't be afraid of them." I heartened him as possible as I could. He was so trembling that I in a big confusion went to calm him down and explained that I was, too, in menace. I was in as much danger as he, and that they would eat me as well as him. "But," said I, "We must resolve to fight them. Friday, could you fight?" If you have a desire to see the conclusions of the hard ambitions in the hearts of people, the story of Robinson Crusoe will be a guide for you!