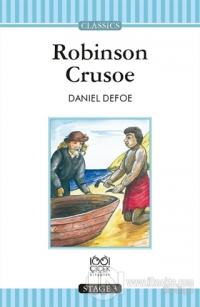 Robinson Crusoe was one of thefirst English novels, as well as one of the world'smost popular adventure stories. Itwasfirstpublished by William Taylor in 1719.

Daniel Defoe wrote Robinson Crusoe as a pastime and relaxation, when he was nearly sixty years old. It was based on the actual experiences of Alexander Selkirk, who had goneout in 1705 under Captain William Dampier on a private expedition.He wastoseize and plunder enemy ships, but he quarrelled with his Captain and was marooned on the island of Juan Fernandez, off the coast of South America. Here he remained, suffering terrors of solitude, until Dampier took him back in 1709. Robinson Crusoe's experiences are based on Selkirk's imagined thoughts and feelings.

The book be camevery popular and has remained so even today, because the details of Crusoe's adventure sare so exact and circumstantial, and are written with such an air of truth, that there aders flowalong with the tale.