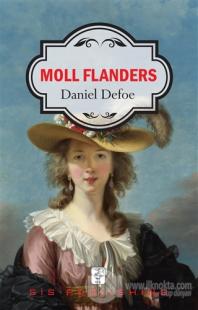 "If a young woman once thinks herself handsome, she never doubts the truth of any man that tells her he is in love with her; for if she believes herself charming enough to captive him, 'tis natural to expect the effects of it." - from Moll Flanders

Moll Flanders, first published in 1722, like many early novels told on the first person narrative and presented as a truthful account, is about the realistic experiences of a woman, Moll Flanders, in the world of 18th century London and the details of her exploits from birth until old age while using motifs and themes like vanity, greed, repentance, women, sex, wealth and criminality.

Daniel Defoe creates in Moll Flanders a character of limitless interest, despite her revealed ethical and moral shortcomings by using a plain, simple and unliterary language, which must be one of many reasons why E. M. Forster called this classic of Daniel Defoe's, "A masterpiece of characterization."