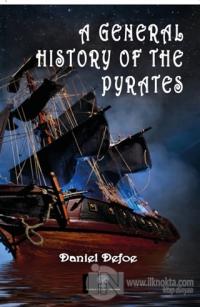 A General History of the Pyrates
Daniel Defoe

https://www.ilknokta.com/daniel-defoe/a-general-history-of-the-pyrates.htm
A General History of the Pyrates
Platanus Publishing
98.00

In the Times of Marius and Sylla, Rome was in her greatest Strength, yet she was so torn in Pieces by the Factions of those two great Men, that every Thing which concerned the publick Good was altogether neglected, when certain Pyrates broke out from Ci­cilia, a Country of Asia Minor, situate on the Co­ast of the Mediterranean, betwixt Syria on the East, from whence it is divided by Mount Tauris, and Ar­menia Minor on the West. This Beginning was mean and inconsiderable, having but two or three Ships, and a few Men, with which they cruised about the Greek Islands, taking such Ships as were very ill arm'd or weakly defended; however, by the taking of many Prizes, they soon increased in Wealth and Power